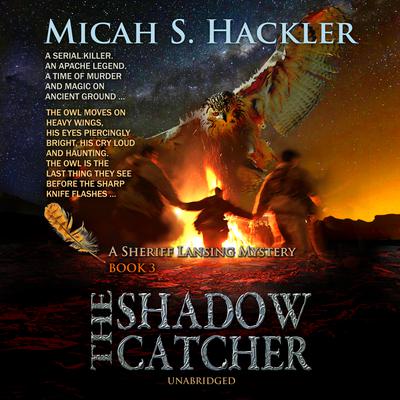 A serial killer. An Apache legend. A time of murder and magic on ancient ground …

The owl moves on heavy wings,
his eyes piercingly bright,
his cry loud and haunting.
The owl is the last thing they see before the sharp
knife flashes …

Sheriff Cliff Lansing is a single father, a part-time rancher, and an overworked lawman suddenly faced with a serial killing spree. A madman is moving through San Phillipe County on New Mexico’s Continental Divide, leaving an owl feather by each of his ritually mutilated victims.

While Lansing first suspects that Apache tribal poli­tics lie behind the killings, he cannot ignore a troubled boy who claims to see the murders in his sleep, and then leads Lansing to the bodies. Suddenly, the sher­iff is plunged into a bizarre world of Native American legend and magic. And in a hauntingly beautiful land, Lansing must walk a dangerous path between hard evidence and fleeting visions—to cleanse a blood rage from the earth.