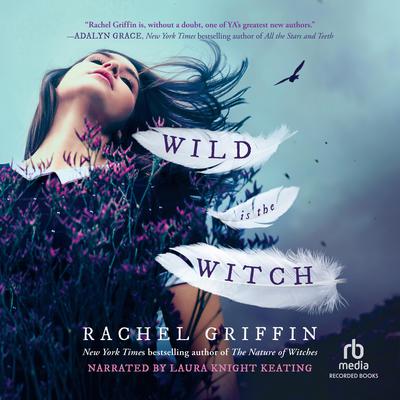 Wild is the Witch

Iris Gray knows witches aren’t welcome in most towns. When she was forced to leave her last home after an illegal display of magic, she left behind a father who was no longer willing to start over. And while the Witches’ Council was lenient in their punishment, Iris knows they’re keeping tabs on her. Now settled in Washington, Iris never lets anyone see who she really is; instead, she vents her frustrations by writing curses she never intends to cast. Otherwise, she spends her days at the wildlife refuge which would be the perfect job if not for Pike Alder, the witch-hating aspiring ornithologist who interns with them. Iris concocts the perfect curse for Pike: one that will turn him into a witch. But just as she’s about to dispel it, a bird swoops down and steals the curse before flying away. If the bird dies, the curse will be unleashed—and the bird is a powerful amplifier, and unleashing the curse would turn not just Pike, but everyone in the region, into a witch. New witches have no idea how to control their magic and the consequences would be dire. And the Witches’ Council does not look kindly on multiple offenses; if they found out, Iris could be stripped of her magic for good. Iris begs Pike to help her track the bird, and they set out on a trek through the Pacific Northwest looking for a single bird that could destroy everything.